We’re declaring this as ‘Irish Month’ on our blog; sharing recipes of our updated takes on Irish classics and talking to some of our favourite Irish figures in food and travel in an interview series, shining a light on some of our favourite Irish friends. Follow the series in full as it’s published, but next up is a familiar face on the Dublin scene. Never without a brightly-coloured pair of spectacles and a camera round his neck or smartphone in hand, it’s Timi!

Sometimes it takes time away and returning to see a familiar place in another light; other times it takes a pair of fresh eyes to show you what there is to appreciate that you’re surrounded by. Born in Lagos and made in Dublin, Timi Ogunyemi is the guy that’s making everyone see Ireland (and Dublin in particular) through rose-coloured glasses, and we’re all the better for it.

Having lived in Ireland for over decade, readers will have seen Timi’s profile raise incredibly over the past four or five years with his ferociously active social profiles and his keen eye for photography, showcased on his blog. We caught up with this Dubliner to try on his glasses and get to know him a little better.

Timi runs Picture This! Dublin and TweetyMonkey, “where I get to share mine and others’ views of Dublin city as well as the art and creativity that make Dublin the unique and beautiful place that it is,” he explains in a nutshell!

Picture This! is one of our absolute favourite social media accounts, and is formed from such a simple basis – showcasing the best and the beautiful in the city with no bias, slant or business gain. You can feel the passion, pride and perfection just ooze out of every image or piece of art these guys broadcast and share. The team is made of the core trio of Timi, JR Doyle – a long-term friend of GastroGays – and Niamh O’Donoghue, but the wider circle includes a rotating roster of creatives from Dublin and beyond. 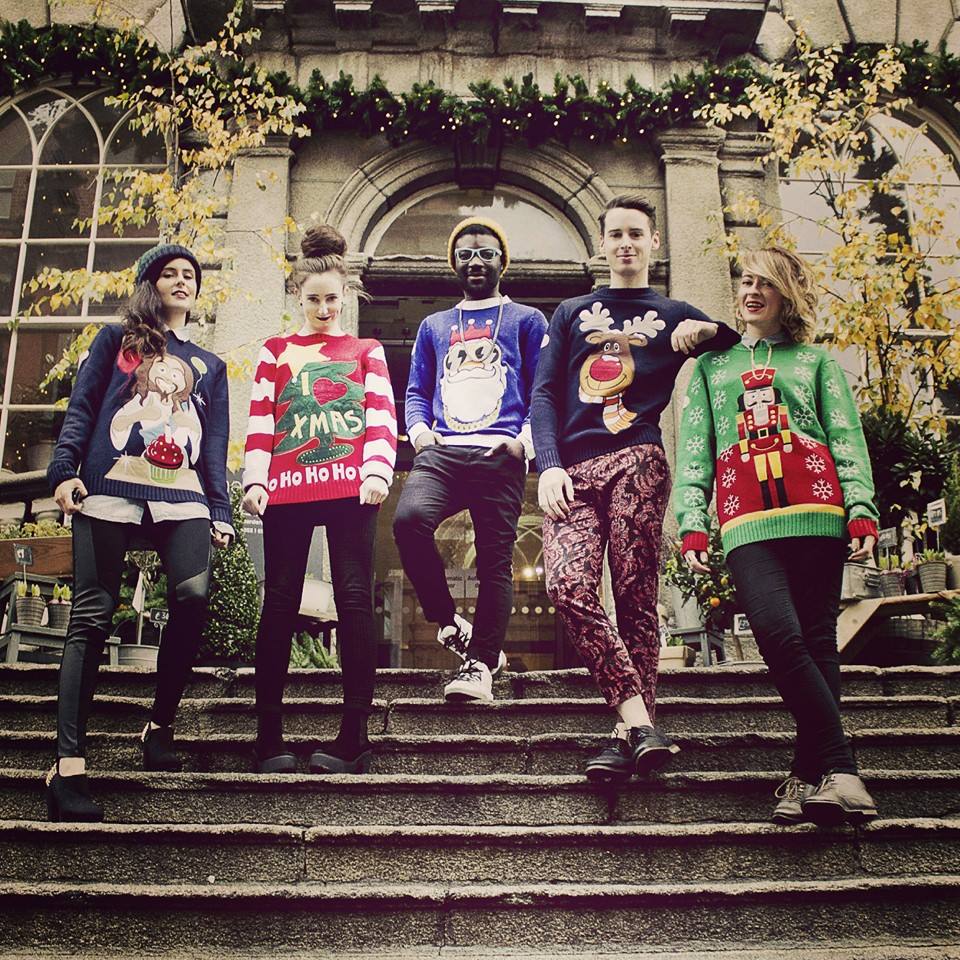 So what does he class himself as? A visual storyteller? “I suppose I’m just like anyone else today; trying to find my place in the world… so far I’ve looked around the areas of music, photography, filmography and the general creative world and I’ve not been the least bit disappointed with what I’ve found so far!”

“I’m always asked what the inspiration was behind Picture This! and the truth is that there really wasn’t any at the beginning! It was almost (read: definitely) a happy accident that blossomed into something I really didn’t expect.”

In all seriousness, we wanted to know how it begun, and Timi explains: “I had a phone, a BMX and an outgoing personality and Dublin said “hey… I like this guy”. I remember being excited and going for drinks with my mates when we reached the first 100 followers, so you can imagine how excited I am on a daily basis with 45,000!”

How have other Dubliners received Picture This!? Timi said “I’ve only ever had positivity from people. Dublin has the ability to be the most open and welcoming city in the world if you give it a shot and both businesses and individuals have always been positive towards Picture This! Our walking tours are the best example of that; local businesses putting aside some time to look after people for free because we asked nicely is just a lovely feeling!”

In a small city – that many people will say can be suffocating and can result in everyone in each others’ business – how does one merry band of pleasure and beauty seekers stay inspired, empowered and impassioned? “That’s the easy part and the beauty of the whole thing,” Timi explains. “Dublin may be small but it’s a living, breathing and constantly evolving entity and that means there is always someone, somewhere and something new to see! Sometimes exploring other cities around the country and virtually around the globe gives a deeper understanding and appreciation of what Dublin really is.”

Talk inevitably turns to specifics – where are some of Timi’s favourite parts of the city? “There’s too many to name,” he exclaims, but dutifully lists off Camden Street, Kilmainham, Rathmines and Thomas Street whilst also going more in-depth into three areas in particular:

“I love the Docklands even though there’s an unfinished atmosphere, with all the building sites and that, but it’s tempered with a tonne of street art and some very well-hidden cafes!”

“Smithfield is a hub I love mostly because it has a very Central European vibe with all the mingled nationalities and the architecture; the Generator hostel; Third Space; and a few hidden pieces of art by legendary French artist C215.”

“The Creative Quarter – encompassing South William Street, Drury Street and Exchequer Street – and the Dame District are beautiful places for a drink and bumping into old mates or making new ones.”

Andrew Street always has this beautiful quality to it… #EnjoyYourCity pic.twitter.com/hrBO87HS1k

With us pair of foodies, it’s never just straightforward travel on our minds, we need to know where to eat! His highest recommendation? “Bread & Bones [on Millenium Walkway] without a doubt! If you haven’t heard of it, you need to pop down! Amazing, authentic Asian bistro/bar!”

With one final day in the city of Dublin, how would Timi spend it? What’s the lasting memory or image he would want of his city? “I can’t answer that,” he declares. “I’d probably spend my entire day on South WIlliam Street crying and bumping into all my mates! The funny thing is that a lasting image of Dublin is not of anything physical but a mix of feelings and emotions from experiences that I’ve had with people here.

“That’s the real beauty of Dublin; it’s not really the places you go, it’s the people you go there with and the ones you meet there.”

Though he showcases Dublin in such a beautiful, inspiring light, other parts of Ireland have interested and inspired him including Kilkenny, Carlow and Limerick. “I love Waterford, it is my second favourite city in Ireland! The food, the art and the unexpected youthful energy along with the history make it a special place,” he adds.

Having been in Dublin for over a decade – post-Celtic Tiger, pre-Recession, mid-Bailout and present recovery and resurgence – where does Timi see Dublin heading? “That’s the Million Euro Question! More and more, Dublin is becoming a real tech hub and while that’s awesome, I’m a bit worried that the art and creativity, music and colour that make the city for me will be forgotten as finances take centre stage in the country…”

At the moment, Timi is tweeting and snapping away as ever but has just launched a new interview podcast, Bare Bones, which is well worth a listen and he also namechecks a young photographer, Ayesha Ahmad AKA AyeshaBeans, who he predicts is about to blow up the photography world from the cobbled streets of Dublin.

Finally, we’ve asked many of our interviewees to describe Dublin in five words and Timi may have given us the most poetic answer yet, “city of merry making people”.

So what’s the plan for the future? With that ever-present glimmer in his eye, all we get is a “..we’ll see…” You can keep up to date with everything he’s doing via IAMTIMI.