We were featured in the Guardian Cook magazine in 2014, which was an amazing milestone for our little ‘ol blog. They featured our Eurovision party and even came along to photograph it and join in with watching the final. In this post, we talk about the experience and share a recipe from the night – which also appeared in print and online – which was our Chocolate Cherry Porter Cake. 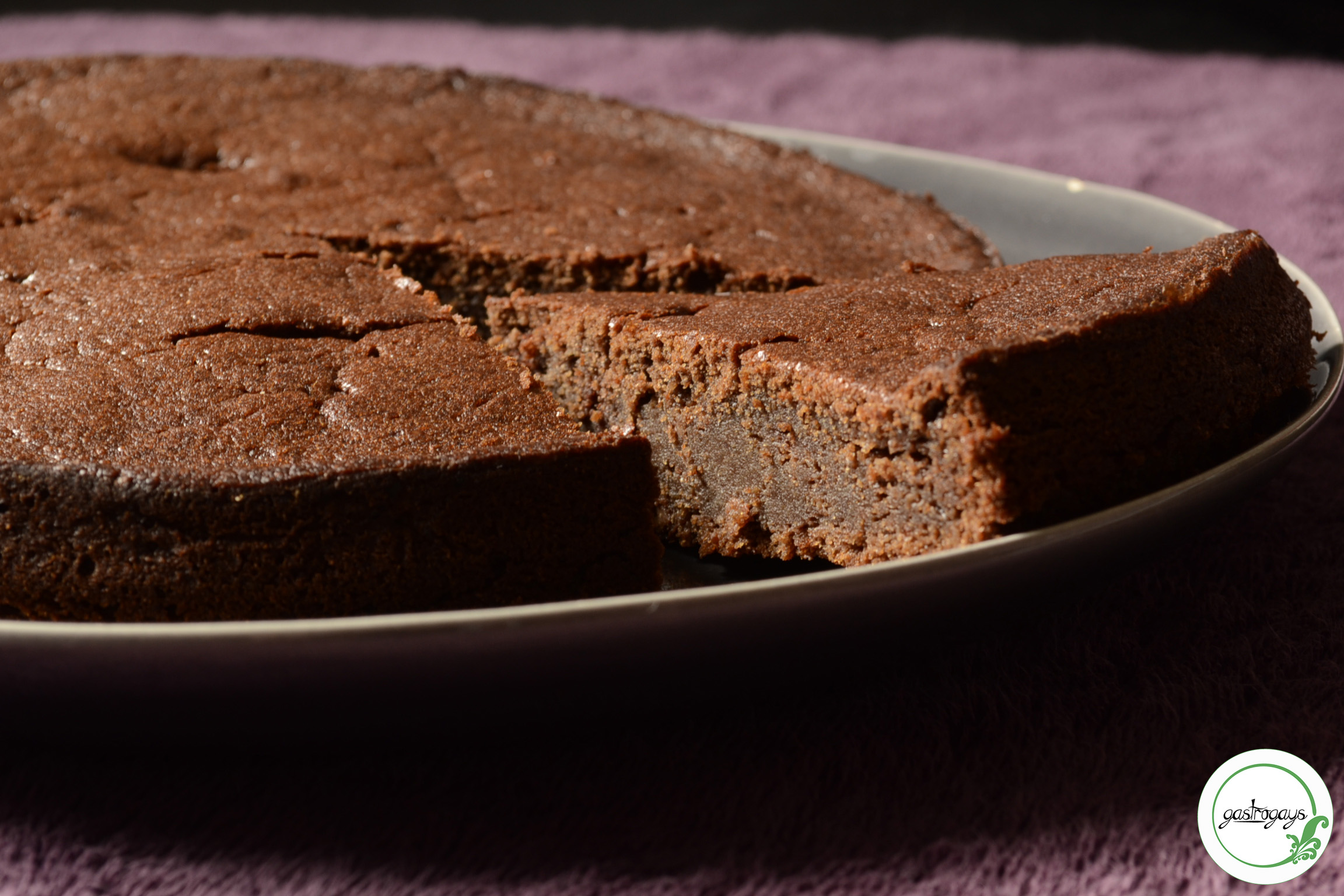 It was such a last-minute organisation, all planned out merely a day or two before the final. The night itself was a complete blur as we were both entertaining a couple of friends from Ireland who had come over to help us celebrate and organising the two photographers – ensuring both groups had the best time that they could in our tiny cupboard of a flat in Stratford, East London.

The photographers, Jasper and Natasha, were absolutely excellent and got almost as into it as we did! Both really talented, it was a little slap-dash trying to get everything cooked, styled, photographed and then served but they were really creative and we’re thrilled with the shots that were sent to publish! 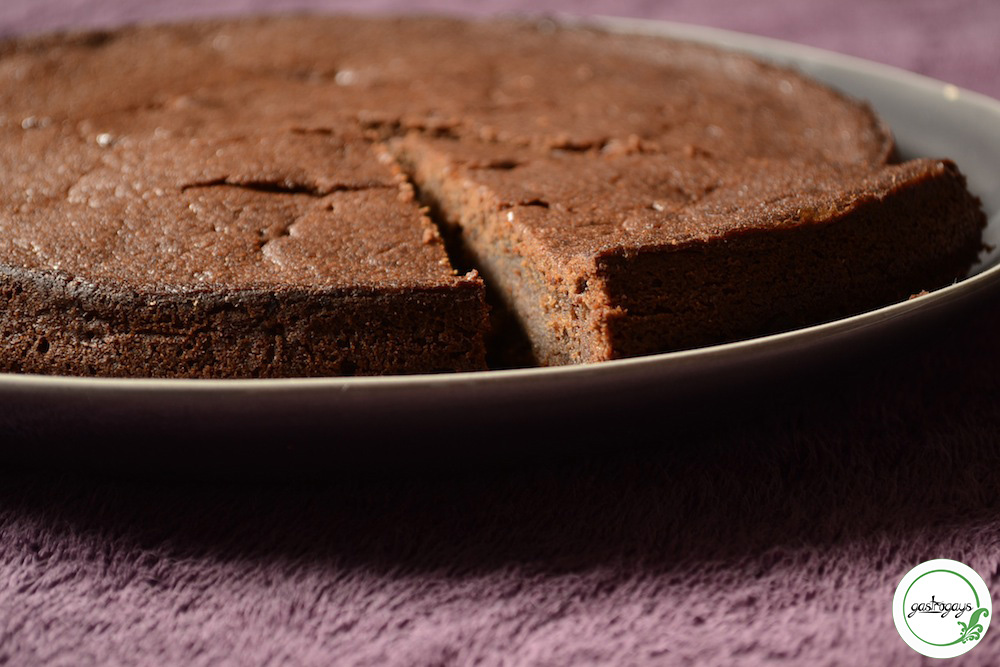 A week later, Eve O’Sullivan at Guardian Cook published the feature and to say that day was surreal was an understatement. Both of us had to work, so in that moment of press attention we hadn’t even really time to absorb it as we had to return begrudgingly to the day job. It was such a privilege to be featured, and something we will always remember – our first bit of national print exposure!

The reason this cake came about is that we wanted to bring something new to the table and amalgamate a few different pan-European influences into one dish. We didn’t have a main dessert per sé so we wanted something showstopping that everyone could end the night happily with. 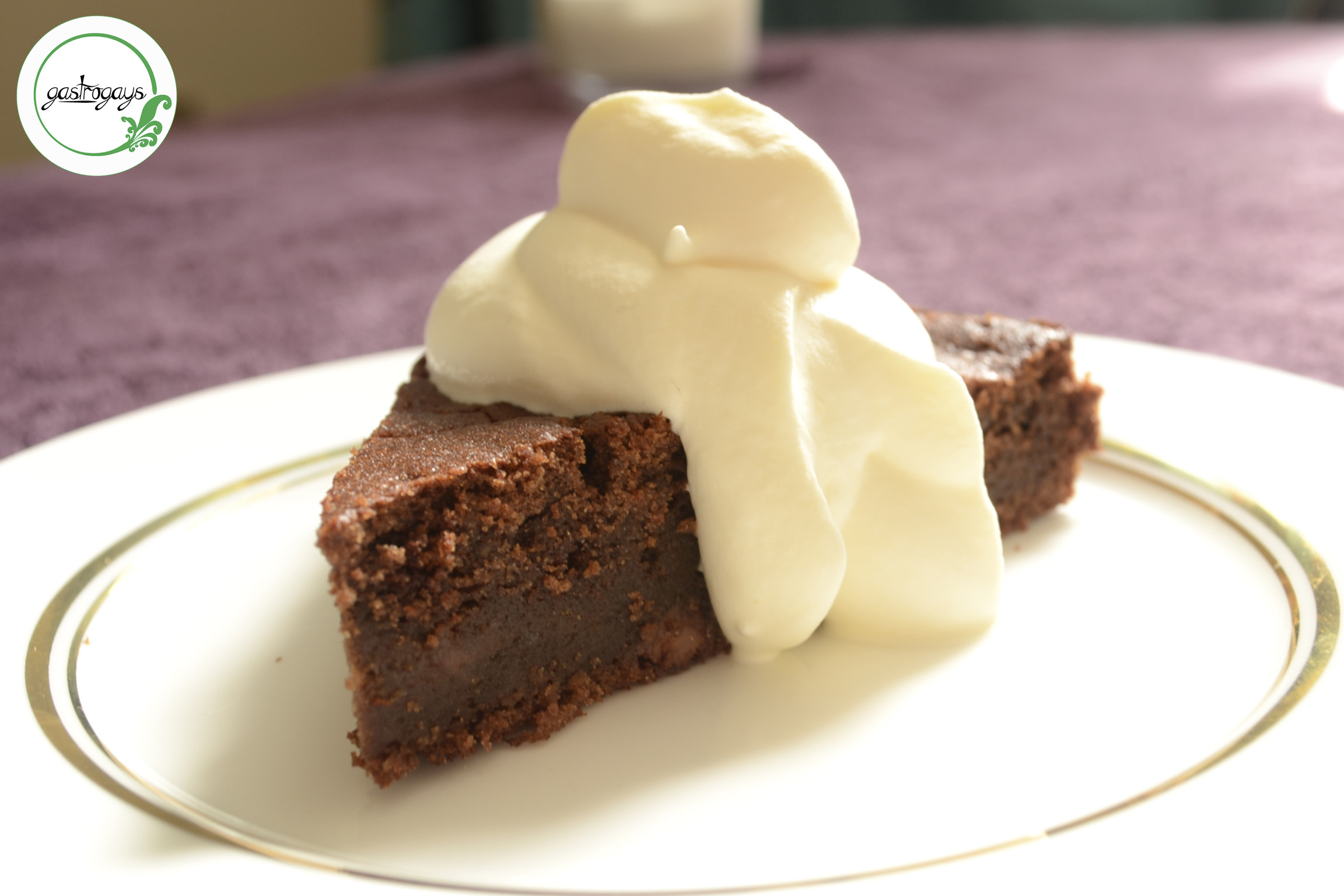 The reason this fudgey, indulgent cake came about is that we wanted to bring something new to the table and amalgamate a few different pan-European influences into one dish. We didn’t have a main dessert per sé so we wanted something showstopping that everyone could end the night happily with. Everyone loves chocolate cake and there’s no better chocolate-loving country than Belgium, so we added a little Porter to the recipe for rich earthiness and a little bite. Both the UK and Ireland are known to put Porter into baking. Inspired by the Germanic Black Forest Gateau, we wanted sweetness so tinned cherries were perfect. What transpired was this:

2. Cream the butter and sugar together for a good five minutes at least, until whipped and lightened in colour. Slowly add the eggs, beaten together quickly before, into the creamed mixture. It will look like it’s curdling but just keep beating ferociously and it will come back together.

3. Weigh the dry ingredients (flour, baking powder, cocoa, salt) into a bowl, and open the beer nearby.

5. Now add in the cherries in syrup (you can chop beforehand or just fling them in whole) and the chocolate chunks.

6. Bake in the centre of the oven for thirty minutes, then drop the temperature down to 150 for another 20-30 minutes, until the cake has settled, slightly risen and a skewer comes out clean when inserted.

7. Leave in the tin to almost completely cool before trying to take it out.

8. Slice and enjoy. You can top with a sweet buttercream or icing if you like, but fluffy whipped cream cuts through the richness nicely and is all this cake needs, in our opinion. 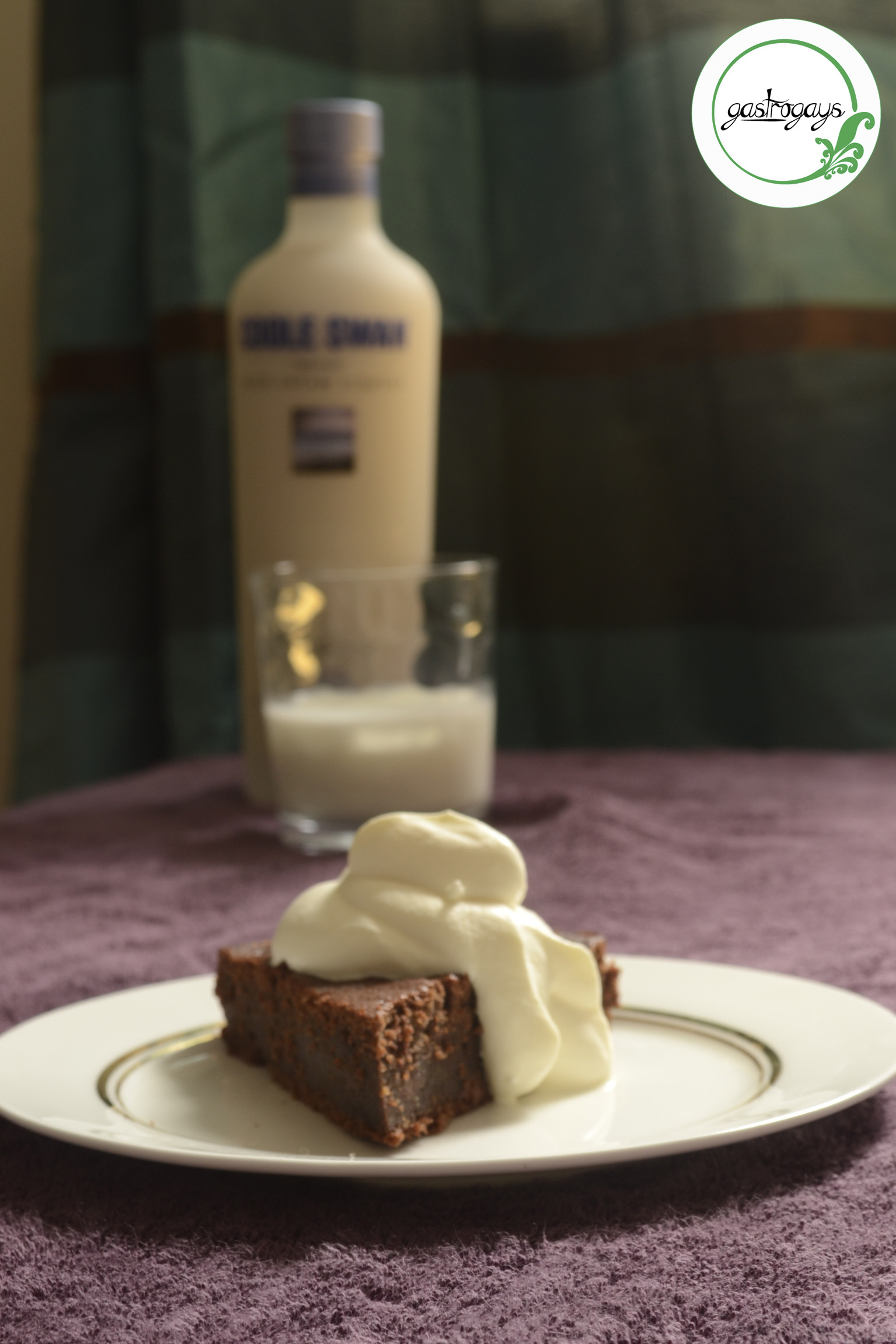 We had this with a little thimble of sweet, chocolatey, creamy Coole Swan – one of our favourite liqueurs. Sharp yet sweet, it cuts through the dense fudge of the cake beautifully and lifts this in a magical way. You could even slosh a little Coole Swan into a cream cheese-based frosting!

Check out lots more of our Eurovision recipe ideas here