Today is probably one of the most eventful days in the history of our homeland. The two of us, if and when we choose to, can marry at home surrounded by family and friends. When we came out probably a decade or so ago, we couldn’t have imagined equal marriage and acceptance like this happening so soon in our lives. Now, time to celebrate with #Eurovision and friends 💚💚💚 #yesireland #yesequality #yeswedid #yeswecan #FUCKYES

Unless you have been buried under a rock for the past couple of weeks, you’ll be aware that on Friday 22nd May, the Republic of Ireland became the first country in the world to allow same sex couples marry by popular vote. Ireland has now turned from a country with less than desirable equal rights into a world-leading country for its stance on marriage equality, LGBT acceptance and  general equality.

Less than an hour to change our homeland. If you haven’t voted yet, and you can, get off your flipping arse right now. #yesequality #hometovote #marref     A photo posted by GastroGays (@gastrogays) on May 22, 2015 at 1:16pm PDT

We exclusively talk food and travel, but for a moment we want to talk about a cause that’s naturally really dear to our hearts – as both Irish people and a gay couple. We are not at a point where we want to get married just yet, but marriage equality is so important to us and the feeling when we got it this year in Ireland was surreal and amazing – almost like wondering how you lived for so long with something that you always needed.

Our emotions over the last while have been like a rollercoaster, as we nervously witnessed the campaign from London. In February of this year, Ireland scheduled a referendum on equal marriage rights for same-sex couples and it was a half year-long slinging match between those in favour of and those against, often becoming quite upsetting and nasty (we weren’t even in the country and we could viscerally feel every low blow, personal dig and ridiculously hurtful sentiment from the ‘NO’ campaign).

But as we headed #HomeToVote – as one of the 50-60,000 children of Ireland that returned to their homeland to cast their vote – we found a country brimming with an energy like we’ve never seen in our lifetime. We were nervous throughout the entire trip, as it was never certain that a ‘YES’ outcome would become a reality and in the weeks and days leading up to the vote the ‘NO’ side become more and more viscious. However, when the results were announced on May 23rd, those nerves disappeared and we basked in equality, acceptance and a love of our homeland that we haven’t felt fully until now.

After casting our votes on the Friday we spent a day in Dublin and it was magical. The energy in the city was a nervous, anxious buzz as people took to the streets for one last push to get people to vote and spread some love. Pride flags and badges were visible everywhere; people were holding hands and hugging; staff and customers exchanged discussion for the final time on the matter; and the city felt really awake and alive. Then, on the Saturday, the real party kicked off… 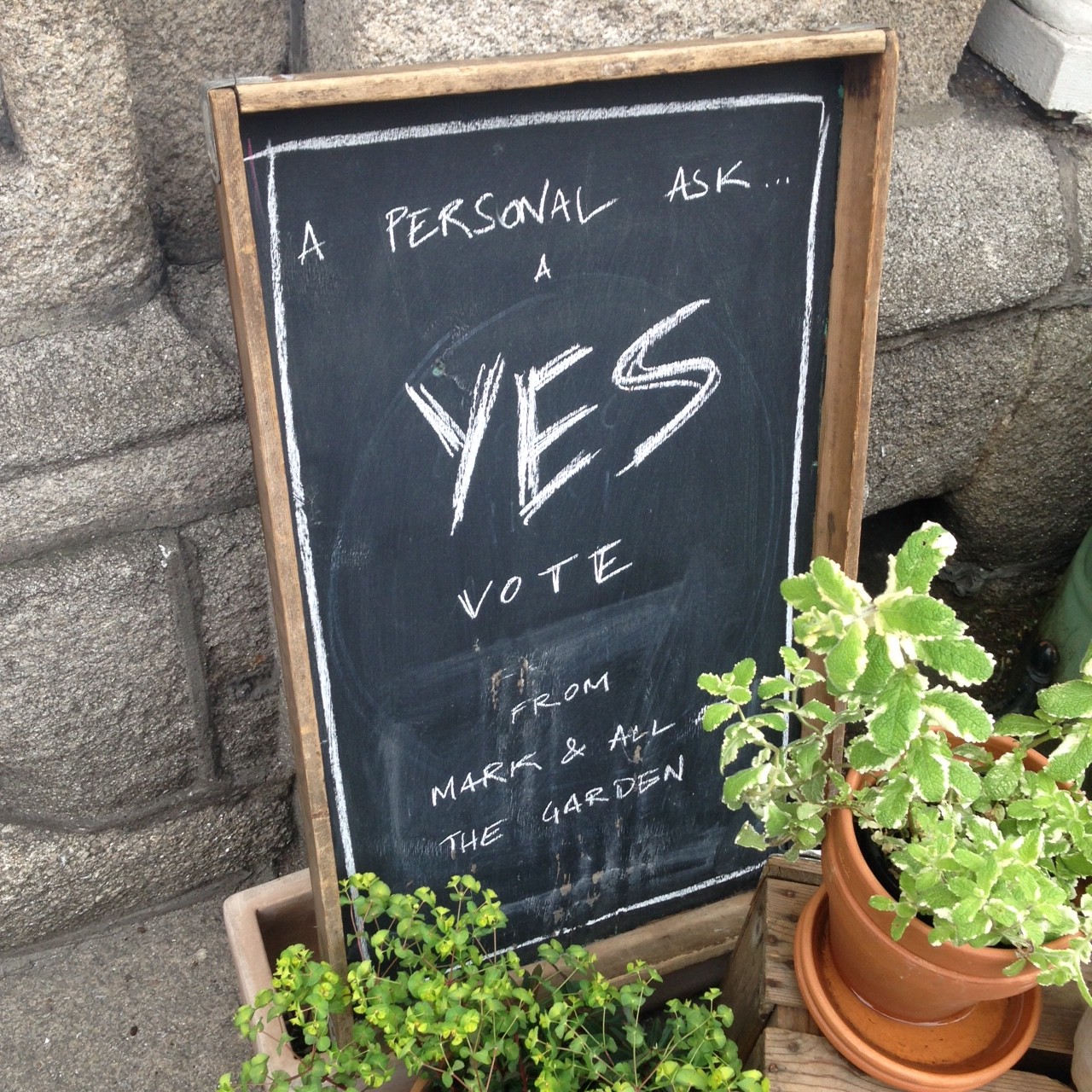 Over on our Instagram, we shared many photos of our few days back in the homeland, and many of you just loved to see them. So we decided to compile those and others together to see a snapshot of one of the happiest and most historical days in Ireland, seen in our eyes.

Special mention to our friends, Graham and Daithí of The Cupcake Bloke stand – two very friendly, passionate and loveable Dublin guys whose bake stand at Coppinger Row has been a becon of hope and love throughout the campaign, and will continue to be a lovely presence in Dublin City centre for the forseeable future! 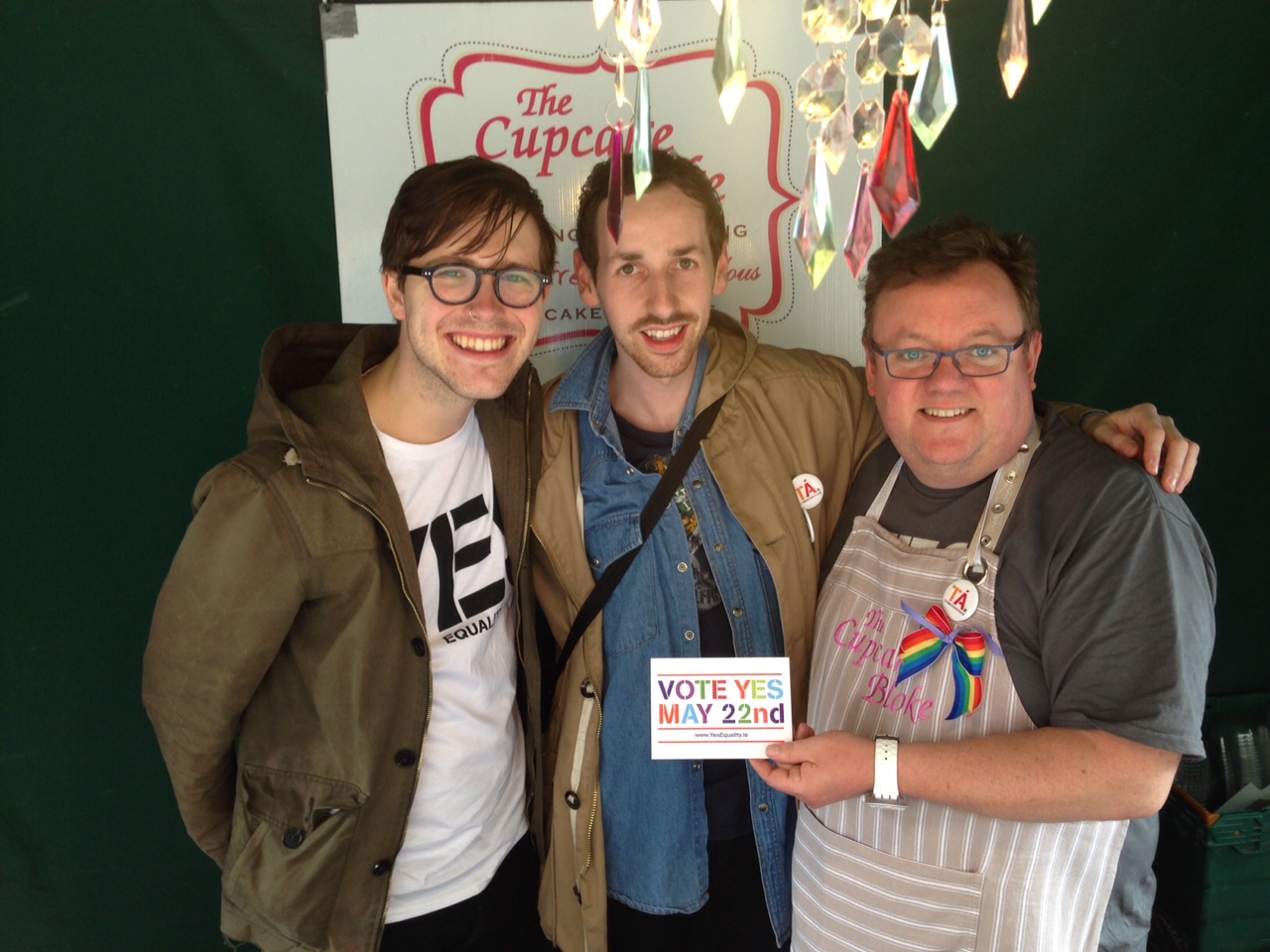 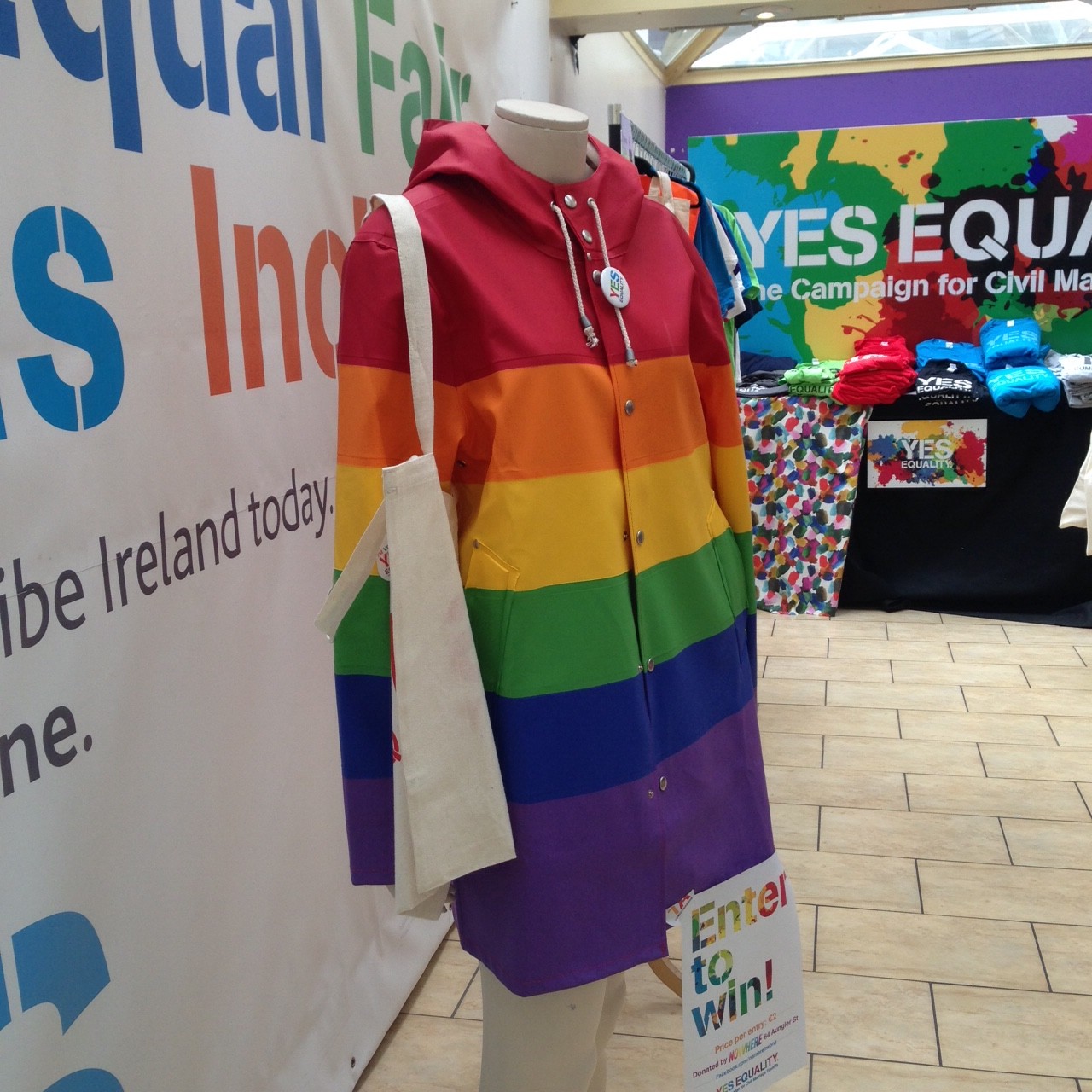 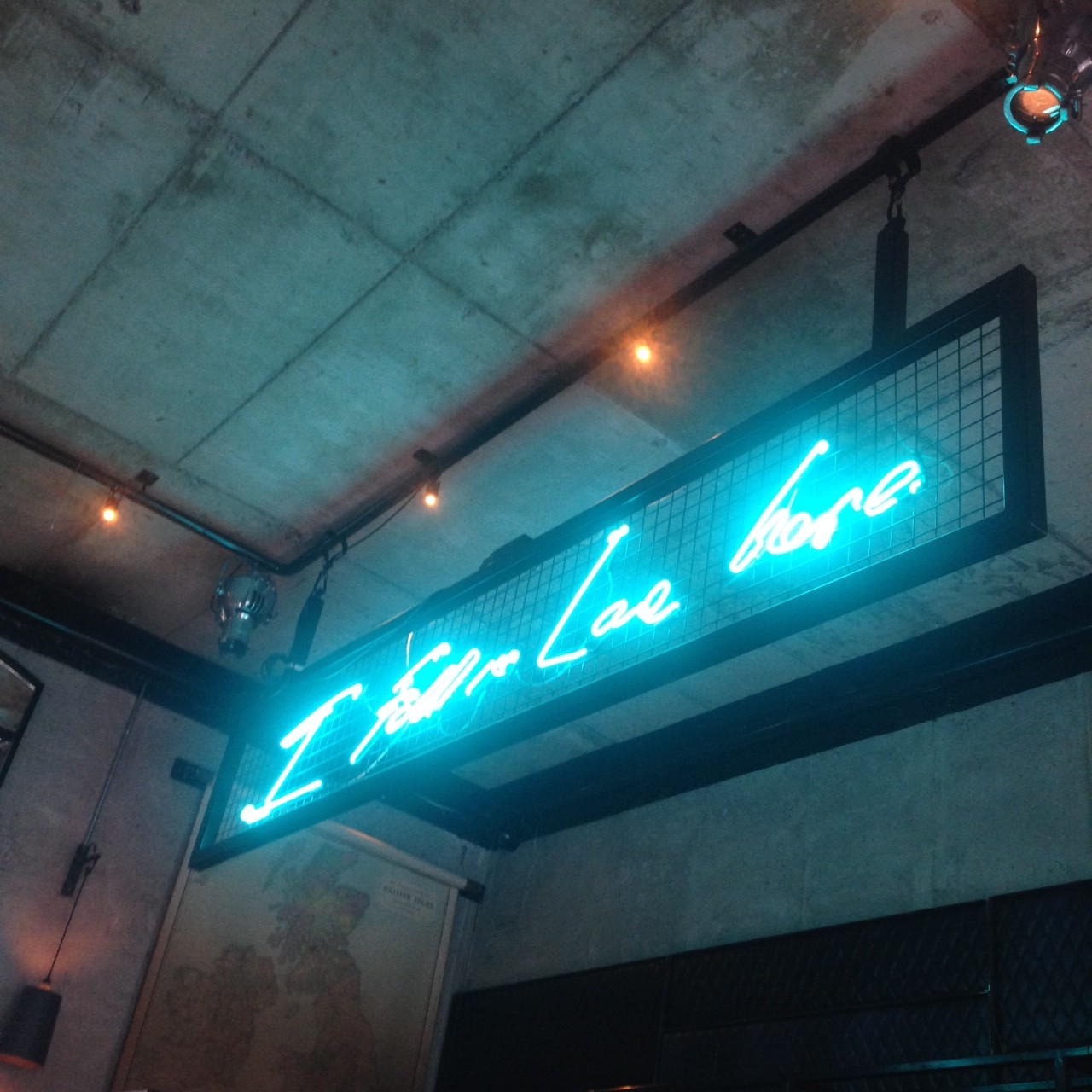 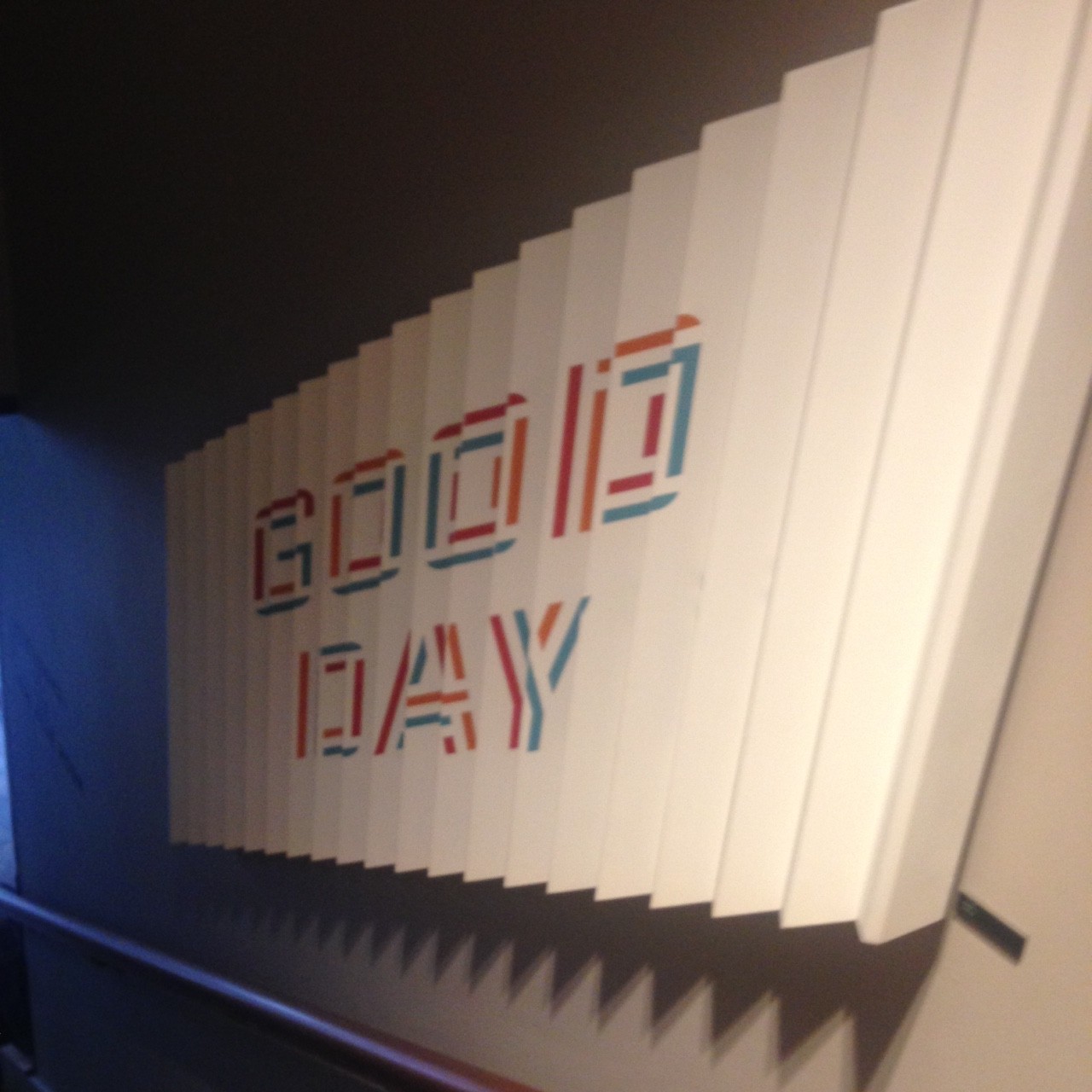