There’s far more to behold than what’s between the walls of Westfield, not that anything within is much to complain about, but Stratford bears beautiful things within the sizeable perimeter of itself. The ‘City’ of the East End may seem like a shiny shell of newness with little substance brewing inside the proverbial teapot, but there’s places and spaces worth seeing, especially those that pay homage to the quirk and creativity of neighbouring Hackney… 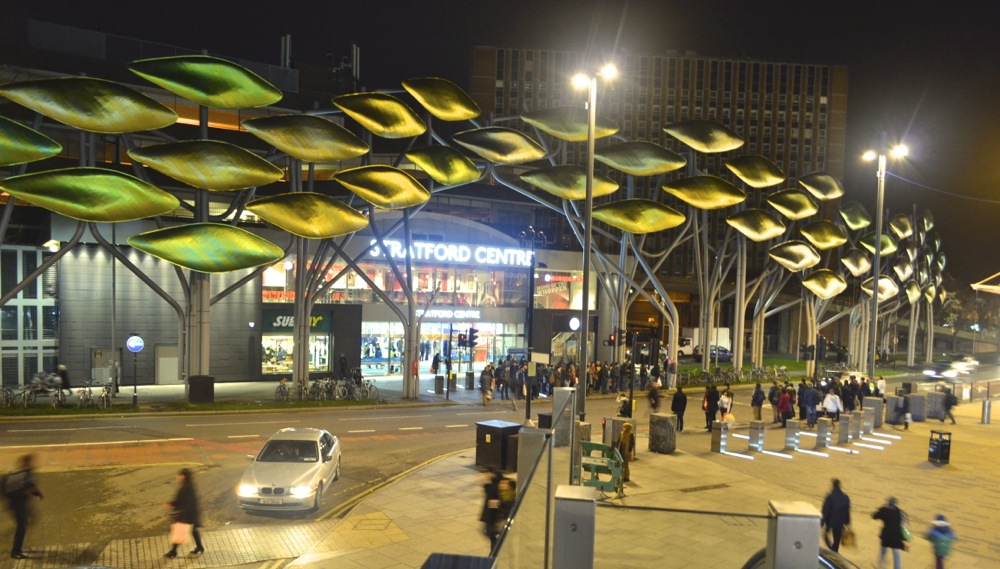 Obviously Westfield is a huge draw for both tourists and local Londoners as it has everything you would need under one roof. Cinema, bowling alley, casino, shops, restaurants, hotels. You name it. So often, everything else that’s housed in Stratford gets looked over and under appreciated, especially since it’s so easy to arrive off the train almost at the door of the shopping centre, then retracing your steps and leaving the same way, barely walking outside as you do so. There’s a charm and community spirit to Stratford that drew us both in long before we moved over and we had always hoped to make here our home, and luckily enough that set it itself up for us mere days after moving.

Food-wise, Westfield is your standard shopping centre fare inside; there’s several food courts with lots of big chains like Wagamama, Yo! Sushi, Franco Manca, GBK etc., as well as a number of coffee and café chains spread throughout the three floors. Special mention goes to the independent restaurants and cafés in the Great Eastern Market at the rear of the centre, surrounding (and we think part or fully-owned by) Waitrose. Grind is a nice little open-floor café serving really good coffee, baked goods and lunch.

Towards the end of the market, pointing towards Stratford International Station, is Tap East – a pizza-serving, craft beer specialising bar with on-site brewery and some nicely authentic, cushy and cosy fittings.

Outside on ‘The Street’ – which is a nice change of scenery from the buggy-dodging, artificial light-filled window shopping super highway inside – there’s room to breath and air to intake amongst the walkway with lots of big brand, boutique style stores and individual premises for many restaurants, including the likes of Wahaca (which we reviewed here), Jamie’s Italian, Bumpkin, Café Football, Busaba Eathai and The Cow.

For something a little different, head along to Sawmill, a newly-opened café on West Ham Lane – a street away from the High Street and just around the corner from the Town Hall. We recently enjoyed a lunch deal for a steal here, which included two large, well-made coffees, two generous portions of quiche with small salad each and we split a large slice of Marlenka (layered honey) cake, all for £12.50 or so.

The café is small, snug and very well-formed with wooden walls, large windows and mirrors and quirky wooden tables and chairs. It’s an unexpected and appreciated addition to the fledgling ‘City’. 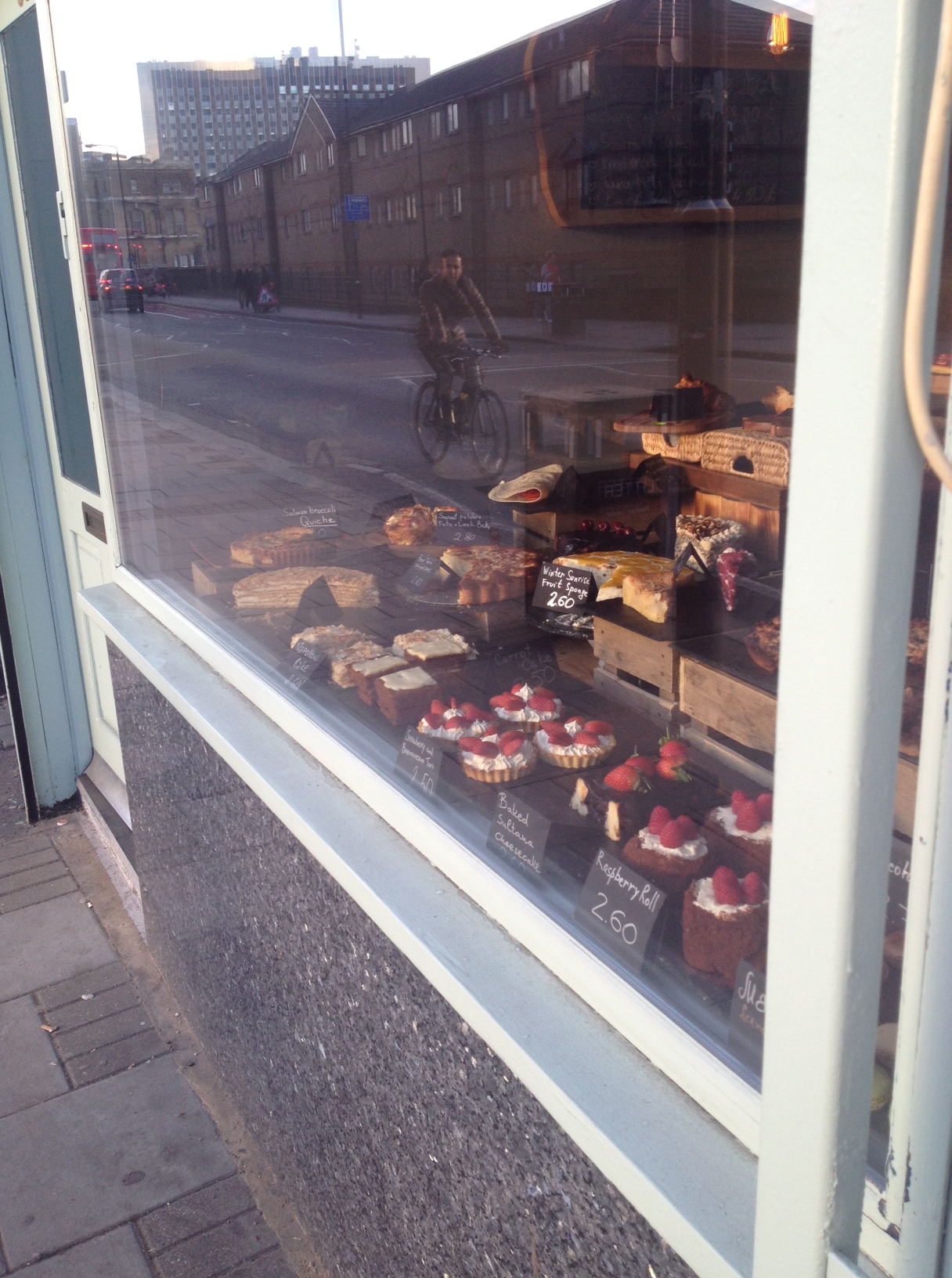 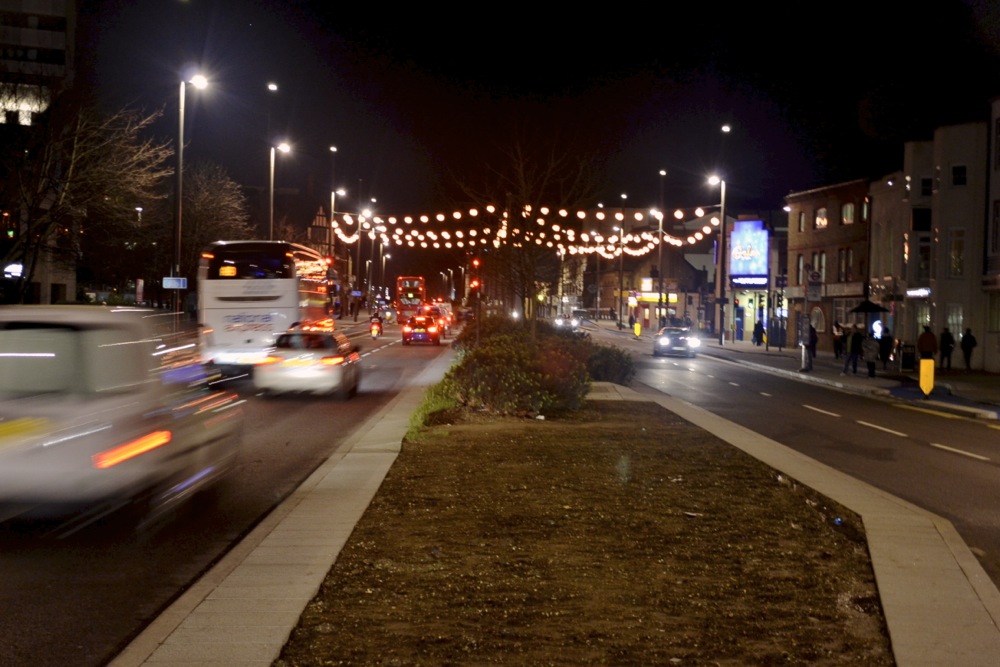 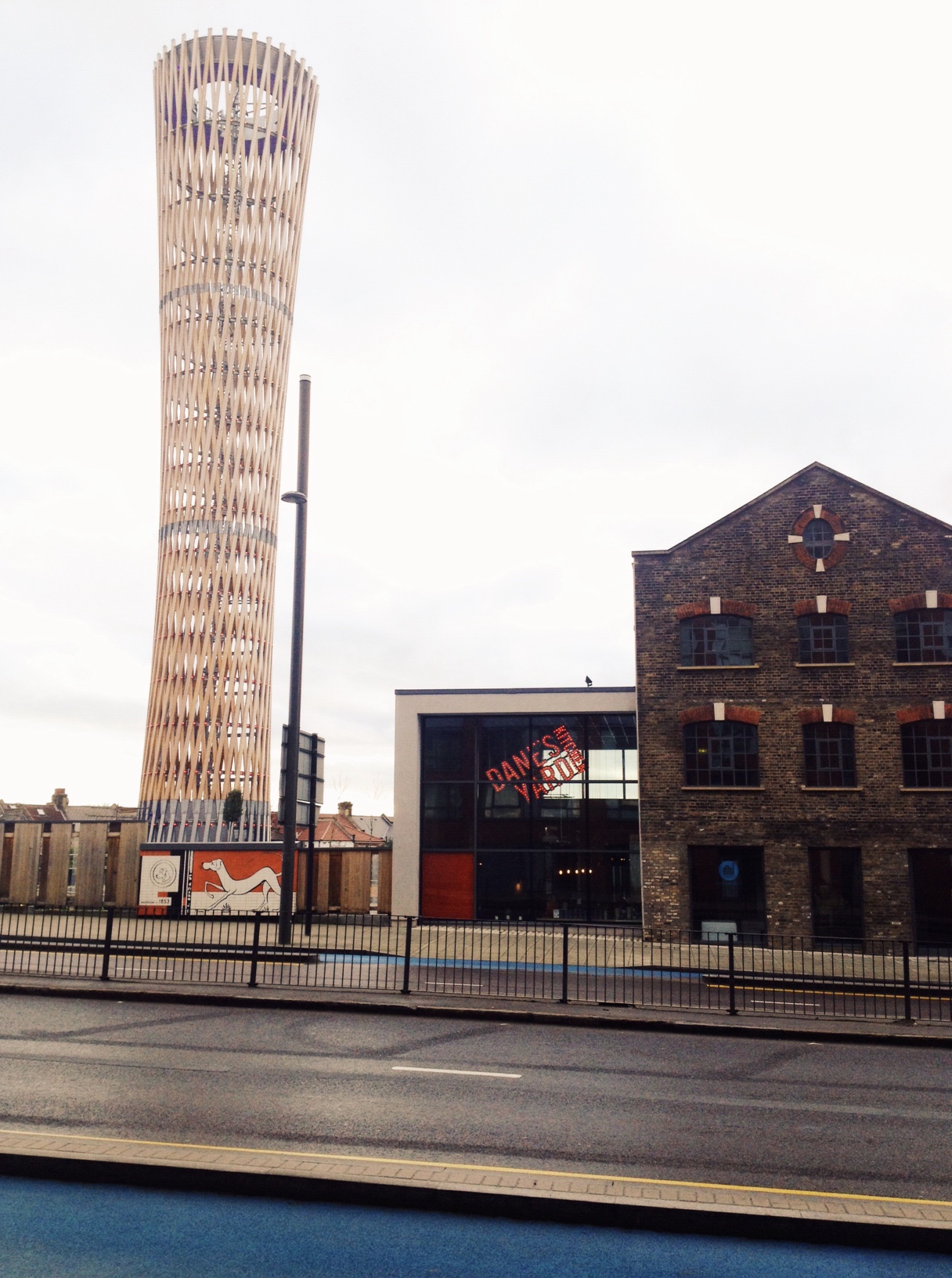 Moving away from food, drink and shopping for a moment, let’s go back to talking about the Olympic Park. “Eyesore” and “waste of money” are oft spewed opinions about the Queen Elizabeth Olympic Park, as it’s now known, post-Games. People are entitled to their opinions, but we are huge fans of the park, having attended a number of London 2012 events.

We’re even more so, as we come from a country, let alone a city, who would be incapable and unable to ever host such an epic and monumental exhibition of excellence, so we have a huge soft spot for the park and all it stands for, before, during, and now following 2012. It’s currently a bit of a building site as it’s undergoing a regeneration to blossom into its future functions – but that’s just another element of excitement to add to the pot.

A stretch of green, leafy-ish walkway skims just underneath the QEOP and Stratford itself, linking Hackney to Barking, and was built for the Games to ease congestion of fans and spectators. It’s still a fantastic stretch, with impressive views, and is now frequently used for exercise and bike riding. It skims over the Lea River and also saddles up alongside parks, pitches and playgrounds, not to mention the View Tube viewing platform and community space – which also houses one of the best cafés in the entire east end, Moka East. 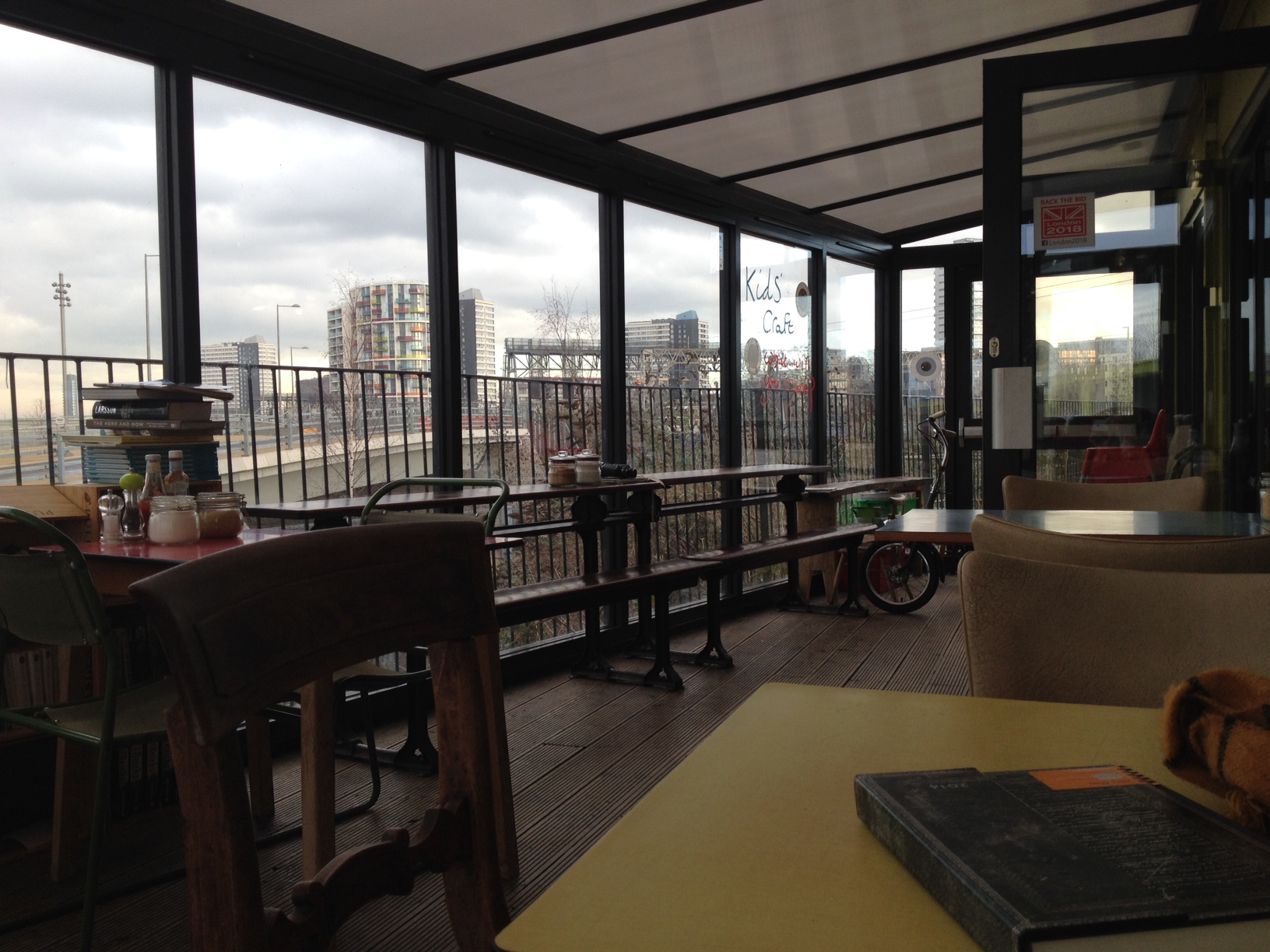 Moka East is a creative and cosy nugget which has an enviable seat, perched atop the platform with the best views of the Park, bar none. The coffee is on point, the food is cool and comforting, and the setting is second to none. A must-visit, whether you venture here from the side of Stratford/West Ham or from Hackney Wick. Read our full review of Moka East here. 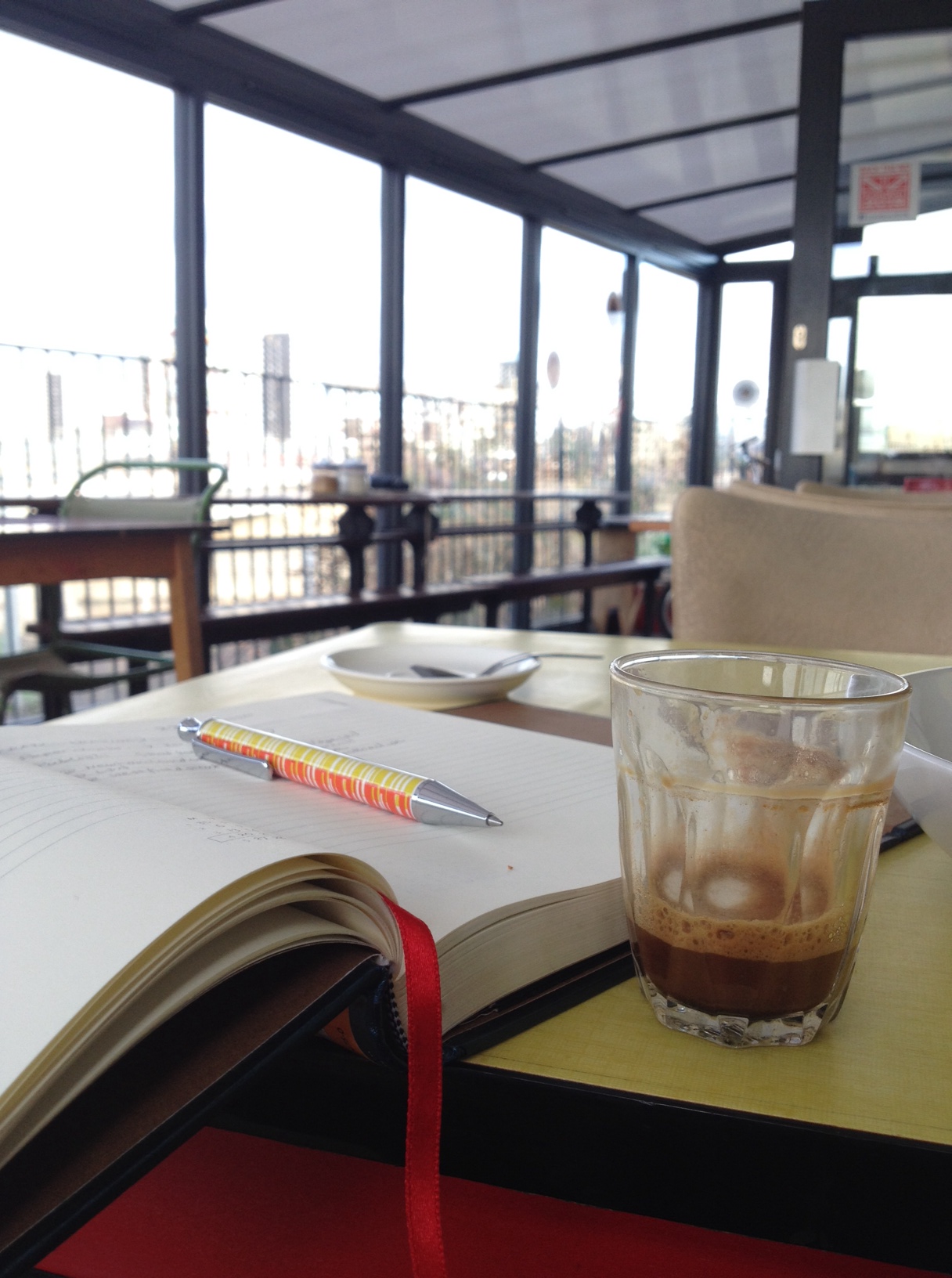 For entertainment in E15/E20, there’s a branch of Picturehouse located in the ‘Theatre Square’ within old Stratford, which we both far prefer and rate miles higher than the other bog standard, nationwide cinema chains. This stems from the fact that Picturehouse cinemas tend to be cheaper, especially midweek, and show a sizeable chunk of independent, art house and vintage screenings.

Right across the square you have the creative and performing arts space, Stratford Circus, and the Theatre Royal, which hosts comedy, drama, pantomime and theatre training, as well as boasting a bar and café with lots of specials.

Stratford’s well worth a visit, especially for a full day to really explore and experience what’s on offer. Let us know if you take a trip! 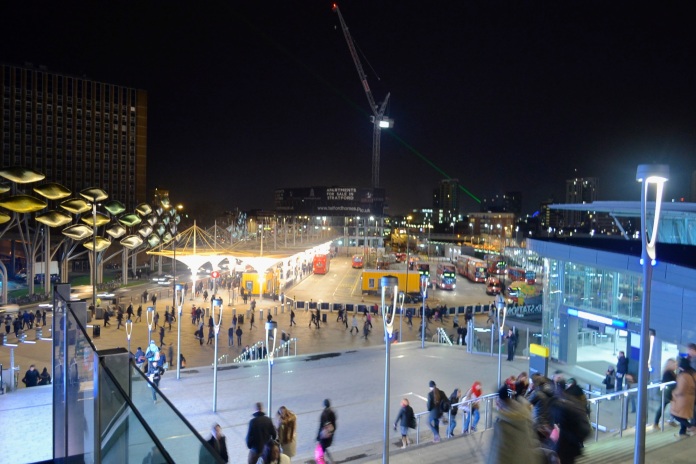 You can get to Stratford directly on the Central or Jubilee underground lines, as well as via the National Rail, Overground and DLR lines. Basically, the city is on more lines than a junkie on dole day. It’s also easy to get to Stratford on various bus routes and via West Ham station, which is on the District and Hammersmith and City tube lines.