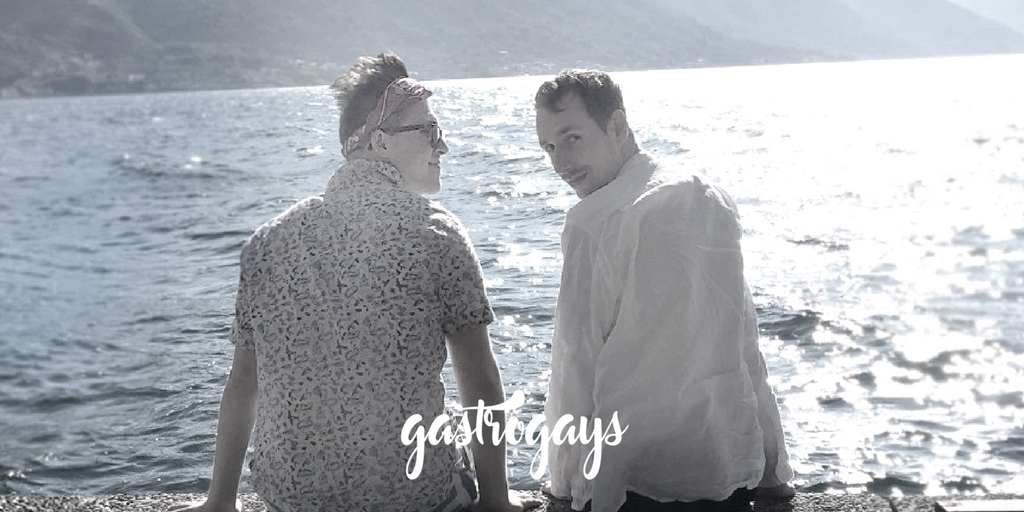 We’ve been trying to figure out the best way to do this.

A video, a picture on Instagram, or a thread on Twitter, perhaps, but doing it this way on the blog seems to be the best move – since this is where it all began, really.

As a couple, we’ve been together for about six and a half years. GastroGays has been such a major part of our life for four years, first in Dublin and then in London for the majority, of that time.

But we’ve jointly (and amicably) taken the decision that it’s time to end it. We’re so sorry to say. Our relationship feels like it’s coming to its natural end and we walk away with both happy memories and very testing times. Hopefully everyone will appreciate that this hasn’t been an easy decision to make, but it’s been necessary. It’s something that has played on our minds for over a year now and we’re comforted by the relief that it’s now out in the open and we can move on.

London, we’ve given it all we can right now, so it’s time to take stock, gather our things and make a quick exit  – you didn’t think we were talking about OUR relationship or anything brand GastroGays, did you? No! We’re ending our relationship with London and shacking up with Ireland!

London’s been a whirlwind and has been the most amazing baptism of fire we’ve ever endured. We arrived in the UK capital in the dizzy hangover of the 2012 Olympic Games. We used a ten-day trip to the Games as a way of testing the water and ‘living here’, and frankly we adored the city in all our doe-eyed vision with its modern freshness we hadn’t felt in Dublin. We’ve documented on the blog plenty of moments in the move. Initially, we got stuck in a pokey flat, in the dull and lifeless area of Stratford (which has improved) with a heinous landlord. However, we then found our feet and a blessing in our new SE15 home with an incredible landlord.

We had a real mix of trials and tribulations regarding jobs- some opportunities worked out very well, and others were incredibly difficult. In the last year or so, it’s smoothed out and not been so bad. Patrick went freelance self-employed, and is now juggling a number of clients for digital media stuff. Russell is still waking up to 4am alarm bells, but is getting to dip his toes into other parts of television production, including working on a number of cookery shoots. Our baby, this blog, has gone from strength to strength in particular over the last year, between several TV opportunities on TV3 in Ireland, a number of paid content gigs and print commissions to being heralded as one of the most influential Irish foodies in London. That’s a bittersweet one, as to get that prominence and recognition after a lot of hard work was seriously welcomed, but a little sad as we knew we were planning to leave soon enough.

However, despite us being physically present in London, these opportunities are taking place elsewhere. They’re all pointing to Ireland. We have to turn down so many opportunities over the last few years because of us being in London, yet because of how we operate with regards freebies, reviews, and even comparatively, our numbers, we get very few here in London. In London, we’re existing, not living. You live to work, you don’t work to live… something we didn’t understand fully until we were permanently living here and going through the motions, but we’re all the better for knowing that now.

From day one of GastroGays we’ve worried that our “brand” would get pigeonholed because of the LGBT connotations in the name, disregarding our knowledge and passion for food and travel as just another ‘gay blog’. Despite being out of the country for most of the lifetime of GastroGays, it’s been mostly the Irish brands and companies who’ve understood us most with our niche of celebrating great, local food, championing producers and small businesses, entertaining social channels, and useful and practical travel guides. We’ve always said, we won’t sell ourselves out in exchange for anything, but we do need to supplement our income to keep running this blog and, yes, we do need to earn off this. This is an expensive (and time-consuming) baby to bring up but we can’t see our lives without GastroGays in it and we may as well place ourselves somewhere that we’ll feel at least the slightest bit embraced.

There’s a lot that we’ve wanted to create and do, but time, job commitments and the financial pressures of a global city like London has knocked that on the head, as well as a pure lack of energy. We’ve always said there is no better person to secure your future, your destiny than yourself, and that’s what we’re doing.

We’re excited about coming home, which feels like a lifetime ago from the pair of us boarding our BA plane out of Dublin Airport in July 2013. We’ve never taken our eye off Ireland, mind, and we’ve been back every couple of months since we moved. Our audience has grown as largely and quickly in Ireland as it has the UK – which we never, ever expected! Irishness and Ireland in general has always been at the heart of our brand, so it’s only right to base ourselves back in our homeland.

So what is the plan? Well, it’s gonna be fairly swift! Come early summer 2017 we’ll be back permanently on Irish soil and we’re hitting the ground running. We’re going to juggle a combination of blogging full time with freelance social media management and content creation on the side for lots of wonderful clients (which you can enquire about here).  We won’t overwhelm you with all the finite details, but we’ve got some media opportunities too and one or two ideas for food products or potential food industry endeavours. Keep your eyes peeled. We’d also love to fulfil our dream of doing a cookbook sooner rather than later.

Ireland is incredibly exciting right now and moving away has tugged at our heartstrings, made our veins flow green more fervently than ever, reignited our love of Gaeilge and put our homeland and hearts into perspective. To quote a couple of tired ‘ol clichés: ‘The grass isn’t always greener’, ‘there’s no place like home’, ‘home is where the heart is’, ‘you don’t know what you’ve got ’til it’s gone’ (okay that may have been a Joni Mitchell lyric, but it still stands). Sometimes you need to take yourself out of a situation to truly get perspective and clarity.

We’ll be sad to be leaving behind our permanent life in London- we’ve made fabulous friends, got great connections, tried a million different places, made waves in our industry and we’ll particularly miss our little London flat where we’ve cooked thousands of dishes for each other and for friends. But we’ll be back and forth, in fact basing ourselves in Ireland now we’ll be able to enjoy much more of what London affords in small, short trips rather than punctuating fun with the depressing daily grind. But, it needs to be said: like many others we’re worried about the implications of Brexit and how it’s seriously shaping and changing the United Kingdom. When that vote was passed a year ago, our fate really was sealed. It changed our feelings almost overnight.

So back to our excitement about this new chapter of our lives and GastroGays, Ireland has always been ‘the one’ – it just took us a moment to realise it.