Patrick here, writing from leafy and lush Drogheda as we are away at home for a week’s break right now, so in the spirit of celebrating Ireland, I thought I would share a story close to my heart and muse about my morals…

In my former job as the content producer for RTÉ Lifestyle, I frequently got sent lots of nice products and various promotions from PR people and companies. I adored my job, and I have to say it was really nice to get to try in advance lots of products and I certainly felt the benefit of that aspect of the job.  People may be a bit mislead in thinking that type of job would get inundated with amazing, expensive stuff, but a lot of the time it would be things I wouldn’t ordinarily use or be interested in. However, every so often you would be wowed with what arrived on the desk each morning. The surprise of the seeming generosity of gifts or samples that got sent in would usually subside and slide into the suspicion of the ulterior motive that was behind these gifts and giveaways. That’s a long story for another blog post, but one week in particular I got something that I had to absolutely run with, and I was all the better for it… and in fact I still am.

I paired up with SuperValu a year ago when they decided to send me in a week’s worth of shopping to showcase some of their own-brand products and a selection of their Irish-grown and indigenous produced products. There was no pre-requisite for a feature or directions for how to use what was given. It was as simple and subtle as a ‘here you go, let us personally know what you think’ type thing. I am someone who really champions Irish ingredients and if I can buy anything local quicker than I can buy an import, I will, even if it’s more expensive or a smaller packet. It’s so important to support the industries of your own country. Now, importing and exporting are crucial to sustain a healthy economy, don’t get me wrong, but we would all be a lot better off and more nutritionally savvy if we spent more time supporting and saving to spend on Irish ingredients. 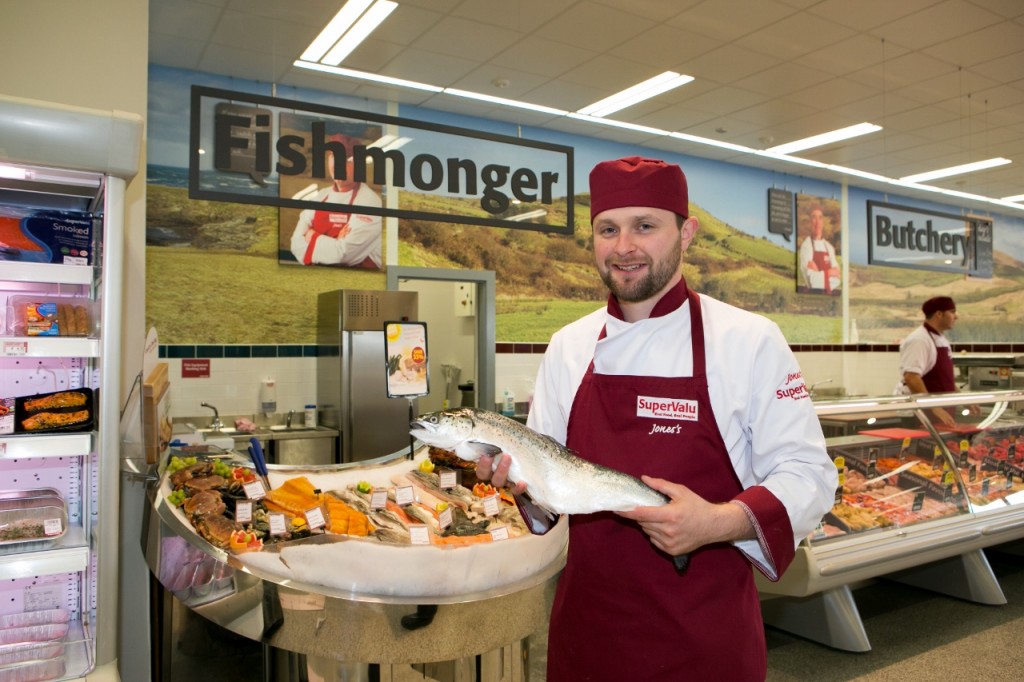 My week’s worth of shopping arrived in a little van late one Friday evening, as two small crates of food were left right inside my door. Safe to say there was a mountain of it, and it would be enough to feed a small family. When I put it all away and thought about what I would use it for I instantly smelled a challenge. Since it was all Irish products, why not eat only Irish for the entire week? Every meal, every snack, every drink; as much of it as I liked but one stipulation – only Irish products  used. It’s something I had thought about trying before and a task that really excited me. I’m not going to lie, I was sceptical about how far it would stretch and I was worried about looking a fool, if and when I would have caved in or not made it all stretch enough. Though, just like when we all buy the ‘big shop’ in the supermarkets over the weekend, the overwhelming feeling was excitement and opportunity, as I scanned my brain for ideas about how to use up this bounty of food to satisfy myself and Russell for a week.

The basic principle behind this drive by the Irish supermarket was to demonstrate how a family of four or less could eat solely Irish ingredients for a week on a budget of 100%, and Supervalu pride themselves on the fact that 75% of the products they sell are produced or sourced in Ireland. 21 meals lay ahead of me, and some of the ingredients included, and others that shockingly weren’t, were a surprise… 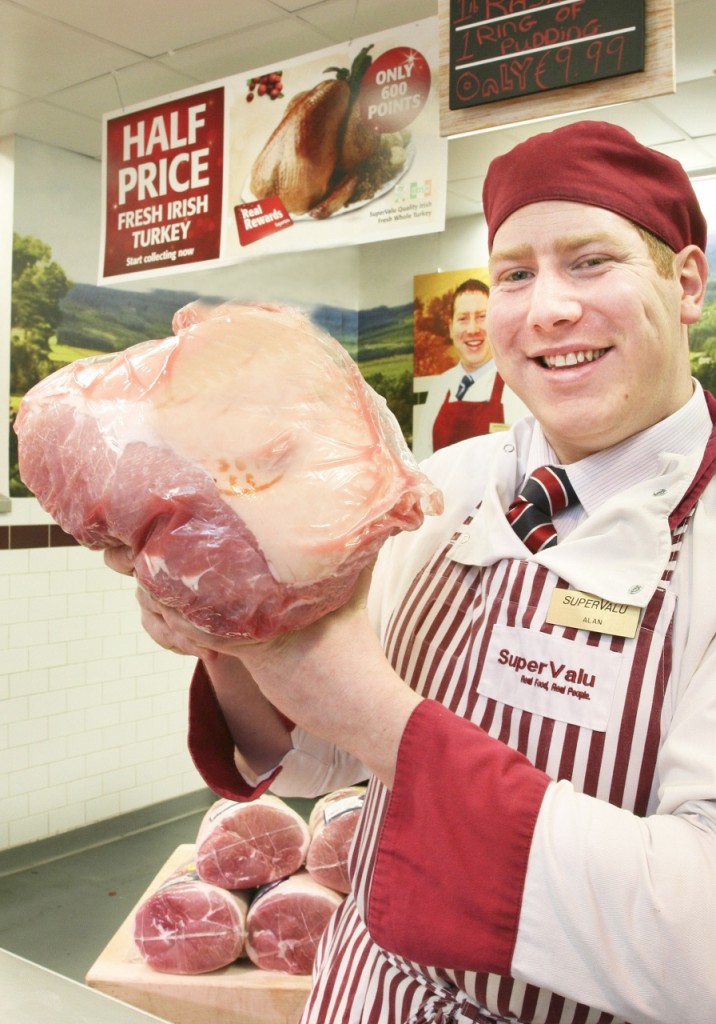 The biggest thing lacking from my shop in my eyes was more fresh vegetables. Maybe this was only eye-opening to me as I try to buy as much vegetables as possible. I received a 4kg bag of potatoes, as well as carrots, mushrooms, garlic and some greens (spring onions, lettuce and leek), which dutifully bulked out meals or acted as side dishes throughout the week. Strangely, there were no onions included, which I couldn’t believe. When I went to my local SuperValu Irish onions were not to be found, having to settle for an Irish-grown bag bought in a competitor’s supermarket. As a base for many dishes, soups, sauces, salads, onions really are an essential kitchen item that I couldn’t have gone without. I would have gladly foregone one of the meat or bread options for more veg.

I spied some lovely Irish parsnips and courgettes in my local, which would have gone down a treat, or the likes of broccoli, celery, Brussels sprouts and cauliflower. What about cabbage? I challenge anyone to think of eating only Irish ingredients and a dish like colcannon wouldn’t cross their minds. Seasonality is completely understandable though, and of course certain produce comes in earlier or later during the year, as well as varying year on year.The next thing which seemed missing was fruit. Of course, Ireland is not a big fruit producer at the best of times and, if any, most fruit comes into season briefly throughout summer. There are exceptions, however, and the likes of Irish apples and rhubarb would have been a great, fresh addition. 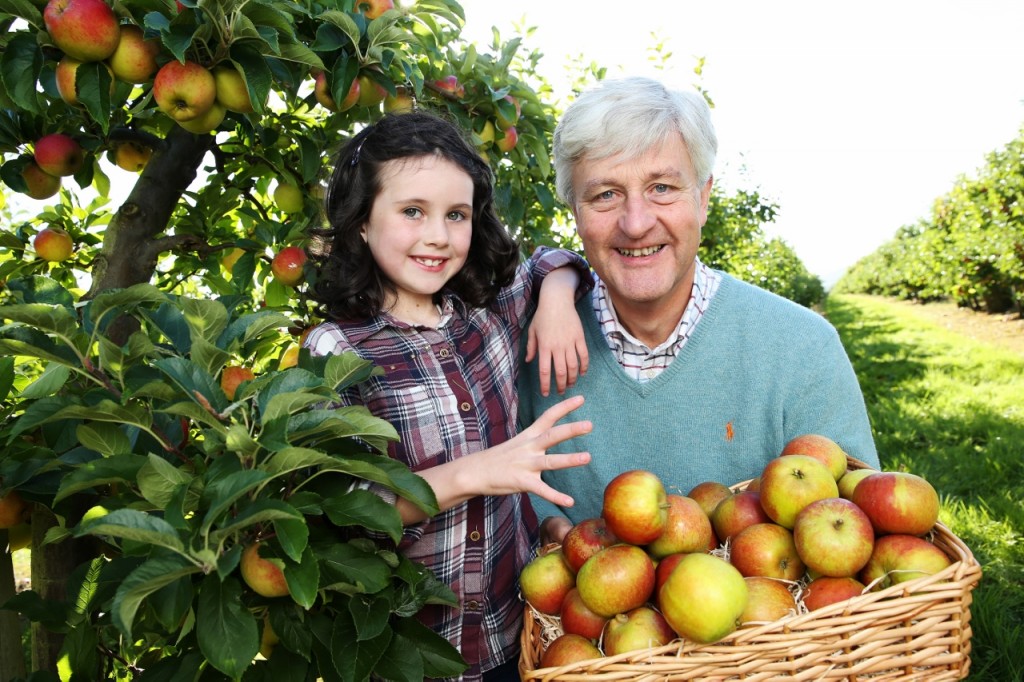 An interesting ingredient included in the goods was flour. I was given two 2kg bags of the white stuff. Everyone has it in their cupboard but when you are faced with it as a portion of your budget rather than a rainy day baking ingredient, it really does give the impetus to use it. This opened my mind up to making fresh pasta (if only I had a pasta machine), fresh sauces from roux, cakes and the likes of boxty or pancakes. I would have made a loaf or two of soda bread, but didn’t need to as two brown sliced pans came included. I was given margarine and butter ‘spread’ which ideally I would have substituted both for SuperValu own brand real butter, which was actually cheaper when I price-checked it in store. 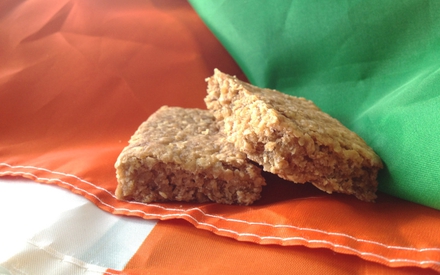 Aside from the seven days of meals, I also used up the baking ingredients to make simple oaty flapjacks (using flour, margarine, water, honey and porridge oats) and some barmbrack as snacks to nibble on. I drank either tea, milk or water all week. 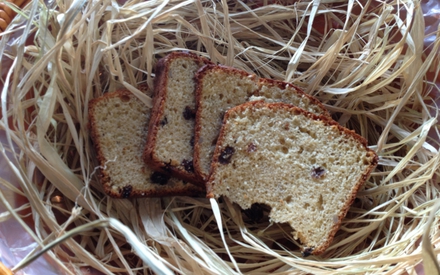 The budget given was completely doable when you make smart and informed choices about what’s in your basket. However, in a perfect world you would have a family of non-picky eaters who are all eager to lend a hand or an idea. I was cooking mainly for two greedy mouths and if given half the budget it would have stretched the week comfortably, so a family of four can absolutely manage this.

I’m a firm believer that there is something of a mathematic equation when it comes to groceries and cooking with them. If you can imagine a triangle with three sections – one for healthiness, another for cheapness and the final segment for speed. In my experience, it’s difficult and near impossible to satisfy all three portions. Two of three is usually attainable. If you’re choosing something cheap and quick, it’s often not the healthiest. If you want something healthy and cheap, it may take you quite a while (possibly cooking from scratch) and if you want something quick and healthy it usually comes at a premium (for example healthy, pre-made items). Throw a stipulation into the equation where everything has to be either local or at least derived from Ireland and it can be a real challenge at times.

There are some exceptions to my rule but what I’ve found is that budgeting and meal planning ahead of time work well towards satisfying all three, something that friends of mine – Caitriona from Wholesome Ireland and Sheila from Gimme The Recipe do absolutely brilliantly. 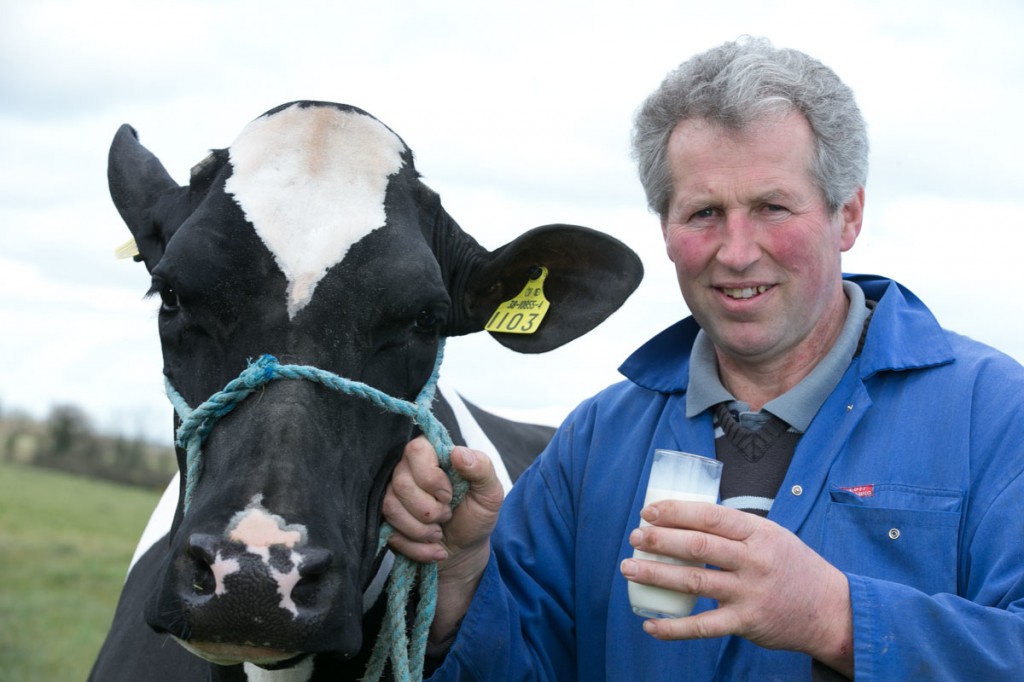 We should all be aiming to include a good heap of Irish ingredients in our diets and our shopping baskets. In a global age where we are spoiled with exotic fruits and sometimes rare worries about carbon footprint, it’s often too enticing to choose imported ingredients. You as the consumer and shopper have the power to dictate to your supermarket what you want to see and what you want to support by what you spend on. Retailers, and supermarkets especially, crunch the numbers and dissect your receipt to direct them and dictate what mix they supply to you. By supporting companies you want to support, you are actually demanding to the company to keep supplying you. Little by little, that support will work wonders and the ripples of your spend will be felt in a real way.

Try it out  for yourself, could you eat only local or indigenous ingredients for a day, a week, a month? What would you miss most? Where would you compromise? There’s more about Supervalu and their commitment to Irish produce here.